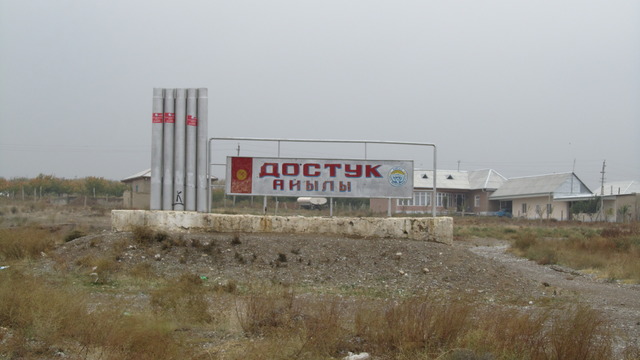 As of 14:00, the situation in the Kyrgyz-Tajik border of the Batken region continues to remain tense, the Tajik military occupied the school building of the village Dostuk in the Batken district. This is reported by the Border Service of the SSC of the Kyrgyz Republic.

It is clarified that Tajik servicemen open fire from settlements of border villages, thereby causing retaliatory fire on their positions, and also use civilians as “live” shield and bears heavy losses.

“During the armed conflict on the Kyrgyz-Tajik border in the Batken region, units of the SS GKNB of the Kyrgyz Republic fired at the border outposts “Lyakkan” and “Bogdari” of the PV GKNB of the RT and destroyed a significant amount of heavy equipment of the Tajik side,”- the Border Service says.

Recall that the personnel of the Border Guard Service of the SSC of the KR continues to conduct fierce battles, takes adequate measures in the course of changing the situation, uses modern weapons and equipment to force the enemy to cease fire.